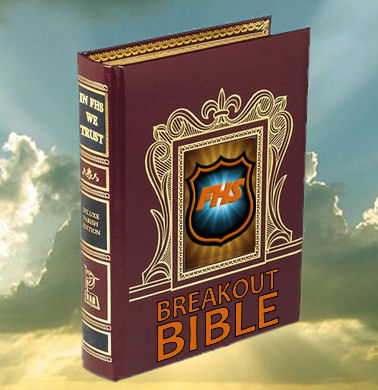 As promised in the Breakout Bible, we're monitoring our breakout predictions and breakout players all year long... so here's the December edition of the Breakout Tracker for 2010.

Attached is a file which gives you our Top 50 Breakout Candidates from the Breakout Bible 2010 and tracks how our pre-season predictions have fared so far, and also how some of our peers (Dobber, THN, Forecaster and McKeen's) stack up. We base this on player stats thru Jan 3rd and project a player's points over the full season and compare that to the predictions.

This is our third year tracking breakouts and our experience shows that hitting on about 33% of your breakout predictions is about as accurate as anyone can get.  Last year, 10 of our 32 predicted breakouts did in fact breakout and our 31.3% conversion rate was the tops amongst our four peers (who converted at 27.7% in aggregate).  About half way through this year and 12 of our 32 predicted breakouts are currently on pace to breakout, so we're not faring too bad but some of our peers are looking pretty solid (especially The Hockey News) so we'll be looking for a 2nd half comeback.  We're proud that we had the top breakout forward, Claude Giroux, and defenseman, Erik Karlsson, as big breakout picks in the Bible and, of course, we were the only one's close to forecasting Logan Couture's breakout but we really got burned by being overly optimistic with our predictions for guys like P.K. Subban, Blake Wheeler & Tyler Ennis... our apologies.