With another busy Tuesday night of NHL action, here's today's Daily Dosage to help you get through your day. Today I will be recapping 8 games from last night, one ending in OT, two in a shooutout, one hat trick and a few injuries to boot. Let's get to it!

Phil Kessel netted the hat trick to give him 5 goals on the year while guiding the Maple Leafs to a 4-2 victory over the Anaheim Ducks. The benefactor here was JVR who assisted on 2 of his goals. Tyler Bozak with the big goose egg.

Dion Phaneuf added the other goal while finishing +2, 1SOG, 2PIM, 6 Hits and 3 BS. A solid night from Dion no doubt.

Jonathan Bernier stopped 23-25 en route to the victory while Jonas Hiller went 19-23 for the loss.

Patrick Maroon and I need to get on the same page here. Everytime I insert him into my lineup, he is a healthy scratch. And when I bench him, he ends up playing. He registered 1A in this one while adding +1, 3SOG, 2 Hits and 1 BS. Stats I could really use in my Dynasty league.

It looks like John Tortorella is doing his best to make Ryan Kesler his new Ryan Callahan. Kesler played a whopping 28 minutes last night potting 1G and adding 1A. Tortz was riding him all night long while playing him on the top line en route to a 5-4 OT win over the New York Islanders

Brad Richardson scored the OT winner here on a pass by Mike Santorelli. To have both of these guys playing in OT shows how much the coach has confidence in them. Does Richardson still have more short-handed goals this year then the Canucks have PP goals? And what about the rejuvenated Santorelli who now has 4G and 3A in 11GP so far.

TRUTH: If you are ever looking for an off the radar player that can give you a points boost, check out fringe players on 1 year contracts with something to prove. Santorelli is one example. Mason Raymond is another good example.

David Booth watched the game from the press box as a healthy scratch. So in comes his successor Andrew Alberts who on his first shift of the game is on the ice for the Isles first goal. He sat for the rest of the game finishing -1 with a total TOI of 0:37.

Jannik Hansen left this game early with an UBI so look for David Booth to be reinserted into the lineup next game.

James Wisniewski had 1G and 2A to help the Blue Jackets best the Devils 4-1 here.

Marian Gaborik now has a goal in back to back games. He is now riding a 3 game point streak with 2G and 1A in that span.

Nothing really stood out for me for the New Jersey Devils here to write about.

Is that back to back wins now for Devan Dubnyk? I guess he's not going down without a fight! Good for him. He stopped 29-32 in a 4-3 win over Montreal.

Jordan Eberle, Mark Arcobello and Ryan Nugent-Hopkins with 2A each here. That's now 5 points in 2 games for the Nuge. Eberle is currently riding a 4 game point streak with 6 points in that span.

The Oilers also picked up a couple of goals from some unlikely sources in Jeff Petry and Ladislav Smid. Perhaps they feel bad for letting Dubnyk down early on?

Tomas Plekanec with 1G and 1A to go with 5SOG and 1 Hit in the loss.

Tim Thomas left the game late with a LBI before his Panthers went on to lose in a shoot out 3-2 to the Blackhawks. This is the second time Thomas has gone down early in the season with a LBI. We should find out more today how severe this one is.

Jonathan Toews broke out of his goal scoring slump with 1G here. He went on to add 2PIM, 3SOG and 2 Hits.

Andrew Shaw registered an assist and added 3SOG and 5 Hits.

Dmitry Kulikov scored his 1st goal of the year, the night after I drop him thank you very much. He also finished +1 with 4PIM, 1SOG, 4 Hits and 4BS. Yes, the Pope curse has been lifted...Kulikov owners rejoice.

Aleksander Barkov now has points in back to back games which now gives him 7 points in 10GP. Something tells me he will be consistent if anything this year.

Scott Gomez with 1SOG on 12 minutes of ice time. This is not the off the radar type of player I was referring to earlier that is signed to a one year contract.

Josh Harding with a shutout over the Nashville Predators in a 2-0 win. In 8GP this season check out these stats. He has a 0.96GAA and a .953SV%.

Zach Parise had 2A to stop his mini 2 game slump. He also added 4 SOG and 2 Hits.

Jonas Brodin took a puck to the face in this game early on and didn't return. He was taken to the hospital for x-rays but don't expect any updates until later today at the earliest.

Shea Weber carried the load for the Preds again with just over 25 minutes of ice time. He also added 2PIM, 2SOG, 1 Hit and 4BS.

Seth Jones only stat line was 1 BS but he also finished with the second highest ice time of just over 23 minutes. Easing him in slowly...

Alex Ovechkin had 2G to go with 7SOG and 3 Hits as his Capitals defeated the Jets 5-4 in a shoot out.

Tom Wilson with 7PIM and 4 Hits on only over 8 minutes of ice time. He was centered by Eric Fehr who also had the same amount of ice time down on the 4th line.

Braden Holtby now with back to back wins stopping 43-47.

Bryan Little with 2 goals here to go with +2, 2PIM, 6SOG and 1BS. Solid night from him that his owners will be pleased about.

Andrew Ladd with 3 assists also had a solid outing in a losing effort. He finished with +2, 5SOG, 4 Hits and 2BS.

Mike Ribeiro with 2 goals as Phoenix defeated the Flames 4-2. This now gives Ribeiro 5G and 4A in 10GP.

Rob Klinkhammer with 1G to go with 4SOG and 4 Hits on just 14 minutes of ice time. But he gets a mention for the name alone.

Lee Stempniak with 1G to give him points in 4 straight games now. He also had 2SOG and 2 Hits.

Thanks for stopping by and feel free to follow me on twitter @Pope604 or the rest of the team over at @TheScouts. Enjoy this weeks edition of 2 Minutes for Tweeting! 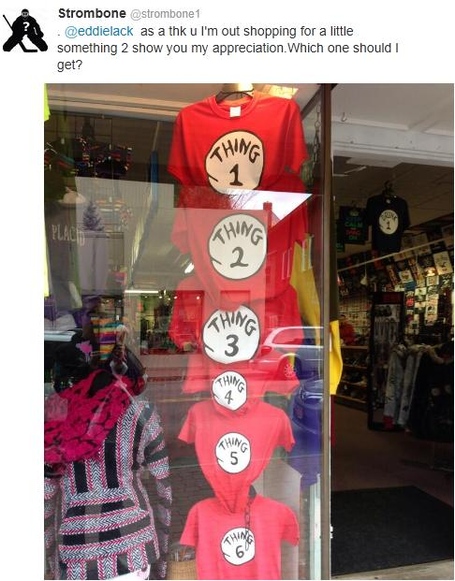 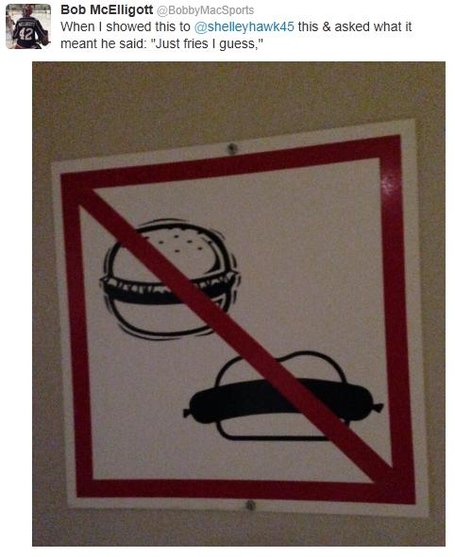