New York Rangers Goaltender Cameron Talbot stopped 22-24 en route to a 3-2 victory over the New York Islanders. In 3 games he sports a 2-1 record with a 1.96GAA and .929SV%. It must have something to do with the jersey number right Patrick Roy? It looks like the Rangers have their new backup for the foreseeable future as they signed Talbot this past summer to a 2 year extension.

Derek Stepan had 2A for the night while also adding 2PIM, 2SOG and 2BS. He was also tied with Kreider for the second most PP time.

Derek Dorsett doing what he does for poolies with another fighting major and game misconduct for a total of 15PIM.

As expected, Thomas Vanek lined up on the top line with John Tavares and Kyle Okposo. Vanek was held off of the scoresheet on nearly 20 minutes of ice time. He also finished tied for the second most PP time on the night.

Frans Nielsen had his point streak halted here on just over 20 minutes of ice time and was tied with Vanek for the second most PP time. Yes, he is off to an amazing start but I am not sold that he can keep it up for the long haul.

Kyle Palmieri with 2G to help the Anaheim Ducks to a 3-2 win over the Philadelphia Flyers. He finished a +2 with 4SOG, 1Hit and 1BS on just over 13 minutes TOI.

Corey Perry was held off the scoresheet despite 8SOG and also a -1 rating.

Patrick Maroon was held pointless because I activated him in my lineup again. But he did get me 5SOG and 2Hits.

Ryan Getzlaf now has a 3 game point streak going with 1A tonight and he added 2PIM, 2SOG and 2 Hits.

Wayne Simmonds with 2A last night and Scott Hartnell was pointless despite registering 7SOG.

Claude Giroux with 1A, -2, 2PIM and 1SOG. He now only has 23SOG in 11GP this year. Maybe his hand isn't fully healed from that golfing accident afterall?

Michael Bournival with 1G as the Montreal Canadiens topped the Dallas Stars 2-1 last night. In 10GP Bournival now has 3G, 4A, +5, 2PIM and 23SOG. He finished tied for the 3rd most PP time last night and was picked up in one of my leagues afterwards. People are starting to take notice.

Carey Price looked great last night from what I saw stopping 26-27. In 11GP he is 6-5 with a 2.02GAA and .939SV%. The announcers essentially had him pegged as Team Canada's #1 Goalie with Luongo as backup. Still a long ways to go before Sochi so we'll see.

Valeri Nichushkin on the other hand had only 2SOG for his stat line. One shift I saw from him was when the puck was in his own end and he was hanging out by the blue line seagulling. He then had a pass his way only to have it turned over which caused his team to take a minor penalty. Learn to play in your own end Valeri and the opportunities will come.

Speaking of Dallas, why are the announcers giving them praise for their new jersey's? Are they really that nice? I think they look awful! But that could be just me...

In a league that counts GWGs? Jaromir Jagr scored his 119th carrer game winning goal as the New Jersey Devils topped the Tampa Bay Lightning 2-1. With that goal, Jagr officially passes Phil Esposito for most all time GWGs.

Steven Stamkos had the lone goal here for the lightning giving him 9G in 12GP. He is also on a 4 game point streak with 8 points in that span.

Jonathan Toews with the hat trick in a high scoring 6-5 Blackhawks win over the Senators. Toews with 3G, 1A, +2 and 4SOG which will no doubt please his owners.

Kyle Turris and Milan Michalek each with 1G and 1A here while Turris added 4SOG.

Joe Corvo and Mike Zibanejad each had 1G while both adding 5SOG each.

Jason Spezza with 1A and 6SOG.

Alex Pietrangelo with 1G and 1A as his Blues beat the Jets 3-2. He finished the night a +1 with 3SOG and 3BS with the most TOI of anyone with just over 27 minutes.

Alexander Steen with another goal here which now gives him 11G and 16 points in 10GP. That is your new goal scoring leader folks. Unreal.

Dustin Byfuglien with 1A to give him 9 points in 14GP. Still no goals through 14GP but he did add 3SOG and 3 Hits last night.

Phil Kessel with 2G and 2A last night as Toronto beat up on Edmonton 4-0. Nazem Kadri getting a shot on the top line also had 1G and 2A and 4SOG.

Here's a Carlyle quote on Kadri and Kessel "If they continue to produce it's going to be hard to break them up. But that's the way it works". Sorry Bozak owners.

Richard Bachman, the latest victim in the Oilers crease stopped 22-26 in his first game. Come on MacTavish, we're all waiting to see what these "Bold" moves are you talked about in the summer. I'm pretty sure Darcy Regier is waiting by the phone.

Sam Gagner returned to action here with 22 minutes of ice time. Although he did finish -4 on the night. Which was tied with Nail Yakupov.

Kyle Chipchura with 1G and 1A as the Coyotes downed the Kings 3-1 last night. Actually, Chipchura had a really good game for his owners finishing +2, 5PIM, 1SOG, 5 Hits and 1BS.

Andy Miele was called up to replace the suspended Hanzal for this game and chipped in with 2A here. The undrafted Miele, a former Hobey Baker Award winner which is given to the top college player, had been off to a hot start in the AHL with 5G and 3A in 6GP. He is small but given the opportunity, who knows what could happen. At 25 years of age, he will make every opportunity count I am sure.

Drew Doughty fired 7SOG while adding 3 Hits and 1BS with the most ice time of any with just over 25 minutes.

Check out Steve Oleksy of Washington from a couple of nights ago when he loses a skate blade. As the article says, he looks like a baby giraffe trying to walk for the first time.

Happy Halloween everyone and enjoy this weeks edition of... 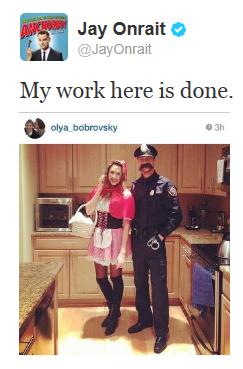 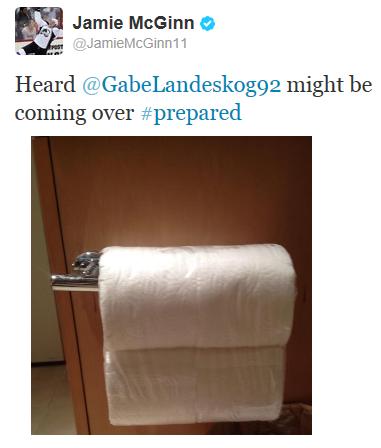 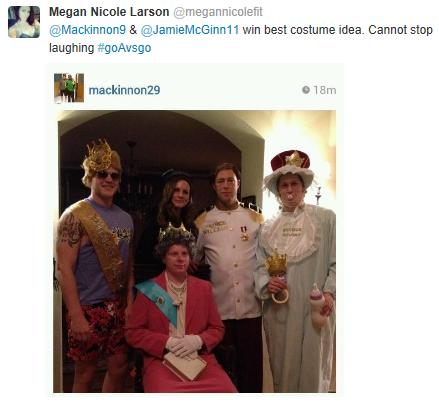 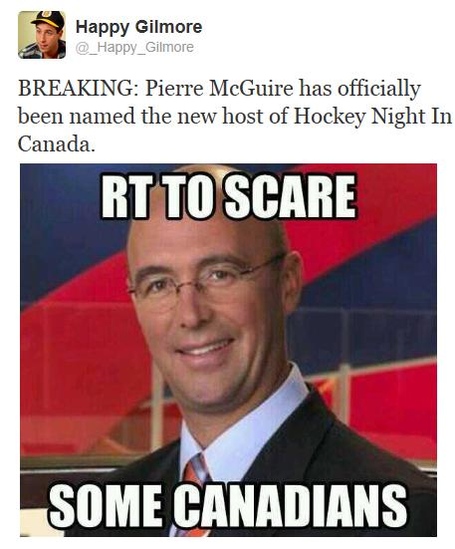 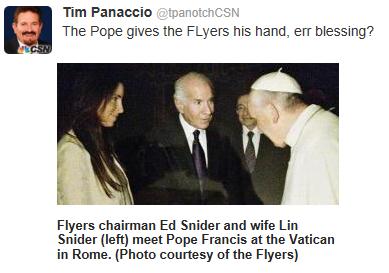 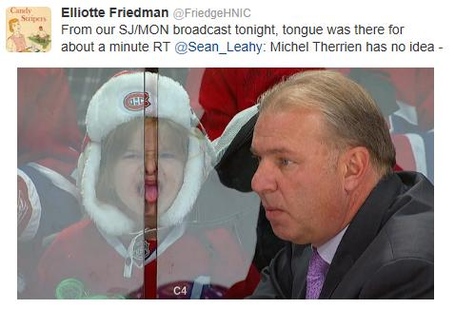