The NHL Draft is slated for the weekend of June 27-28th, 2014 in Philadelphia, Pennsylvania. The draft class was widely regarded as a top two draft for the longest time, however, in recent weeks, the experts have pegged this as a deeper draft than originally thought.

The consensus is that this draft has five elite prospects, but no real clear cut number one pick. Assuming the pick isn't traded, the Florida Panthers have the first selection, followed by the Buffalo Sabres, Edmonton Oilers, Calgary Flames, and the New York Islanders rounding out the top five.

I will hope to get to picks six through ten soon, but for now, here's my take on the top five in the "Class of 14" 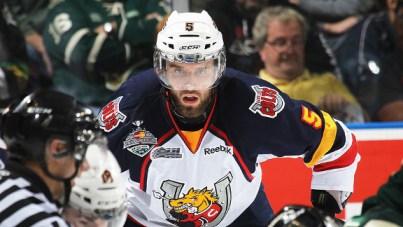 My pick right now for the Florida Panthers is Aaron Ekblad. The cardinal sin in drafting is don't draft based on need, pick the best player available. Although the Panthers are desperately looking to upgrade their defence, the team could've always have picked a forward.

However, with Jonathan Huberdeau, Nick Bjugstad, Alexsander Barkov and Vincent Trocheck already manning the center position, I truly believe that Sam Bennett and Sam Reinhart would've got lost in the shuffle in Florida, or the Panthers would need to make a trade to include either of the two centers into their plans.

The Panthers have decided to learn from the Edmonton Oilers mistakes and take Ekblad first overall. The Oilers have had multiple first round picks and elected to take who they thought was the best overall player instead of taking the defenceman they so desperately needed. As of right now, the Oilers still struggle to keep the puck out of their net, a direct consequence of avoiding looking at the defensive zone.

Ekblad combines great offensive instincts with a solid defensive consciousness. He plays beyond his years in some respects. He's got more size and grit than Niklas Lidstrom, but plays the game in a similar fashion. He's never really out of position, always in the right place at the right time.

He was granted exceptional status in the Ontario Hockey League (OHL) and for good reason. He was nearly a point-per-game defender in the "O" and has proven his worth to his Barrie Colts and the Canadian National Junior Team this season.

Fantasy Impact: Top 5 Defenceman taken in the first 5 rounds. Due to the majority of defenceman scoring 60 points or less, they are often taken later in drafts, so a top five round pick is actually quite high for a defenceman. 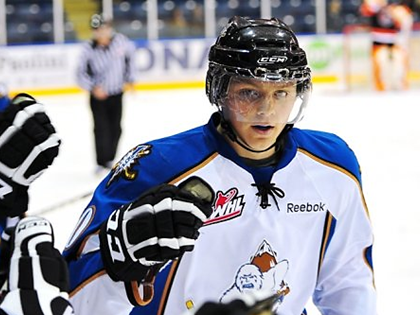 Likely the best forward to come out of the 2014 Draft Class, Sam Reinhart combines an innate ability to read the ice—no matter what zone he's in, with exceptional leadership qualities. He's a future NHL Captain, and a future fantasy stud.

Reinhart plays beyond his years. He epitomizes the term "playing like a man amongst boys". At 6'1" and 190 pounds, Reinhart already has NHL size to go along with great poise, maturity and a great hockey mind.

He'll likely also be the most complete player in the draft class. He's great defensively and in the neutral zone, and his offensive instincts are second to none. He had Gary Roberts type of skills in front of the net, and puck distributing skills like Ron Francis or Adam Oates—he's that good.

He finished the season with the Kootenay Ice with 60 games played with 36 goals and 69 assists for 105 points, just incredible numbers.

Fantasy Impact:Top Two Round Centermen taken in the first two rounds for 10+ years

To some surprise, the Oilers I believe will select the bigger, stronger Draisaitl over the likes of Sam Bennett, William Nylander and Michael Dal Colle.

Draisaitl, or as some would call, "The German Gretzky" is an elite offensive talent combining great instincts with a very good shot. At 6'1" 205 pounds he's already got a mans body. To make matters worse for his smaller opponents, he loves to use his size to dominate the puck, holding onto it like a set of vice grips.

Even though he had a fairly poor showing at the 2014 World Juniors with his German National Junior team, that doesn't really bother the Oilers who see him as a great fit with the organization.

In four more games than Reinhart played this season (64), Draisaitl finished with 38 goals and 67 assists for 105 points as well. 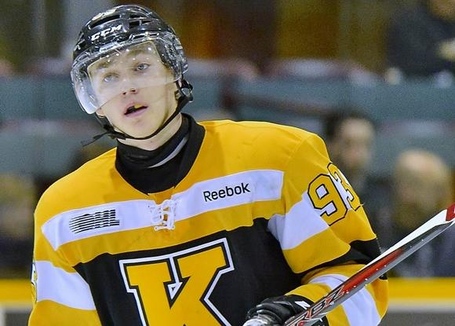 In May 2014, Bennett was named the CHL's Top Prospect, beating out fellow nominees Sam Reinhart, and Nikolaj Ehlers.

Bennett, despite his lack of size and strength, plays the game with plenty of grit and determination. He tries to emulate his favorite player Doug Gilmour at every turn, even donning the number 93 in Kingston in honour of Gilmour.

I can't say that disagree with that style of play and the eventual comparison for Bennett fits perfectly. He has plenty of speed and reminds me a lot of Matt Duchene of the Colorado Avalanche—Bennett though is far grittier than Duchene.

His poor showing at the NHL Combine likely hurt his stock when he failed to complete one perfectly executed pull-up. However, the Flames don't really care about that and take him anyways. His style of game fits into the Brian Burke style of play of truculence, belligerent, and testosterone.

Fantasy Impact: Best Case scenario, he's a top two round pick if he ever develops into a 70-80 point centerman with over 80 penalty minutes a season. Worst Case, he could be a top eight round pick. 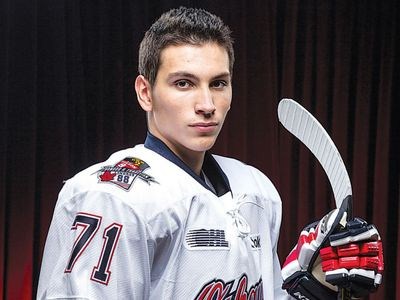 One of the better two-way forwards in the NHL Draft, Dal Colle stands a towering 6'2", however, only weighs about 180 pounds. Had he been 20 pounds heavier, you're likely looking at a contender for the first overall selection.

Dal Colle is a great all-around player who forechecks hard and has great offensive instincts. His ability to get back and play defense well is another great quality he possesses.

As a general rule, if you want to build a contending team, you always look for players who play in all three zones well. Dal Colle is that three-zone player the Islanders could use.

He's an improving defender in his own end, and his ability to skate will eventually make him a very good defender one day. His ability to stick handle in a phone booth will lend itself nicely to setting players up, however, he's known more for his finishing abilities.

What separates Dal Colle from his peers is his maturity and drive. In an article by NHL.com's Michael Morreale, he describes the hardships that Dal Colle has had to overcome and how he uses them to motivate him while he's on the ice.

Ten Years from now, Dal Colle's name might be mentioned as the best pick of the 2014 NHL Draft. I still feel as though he's flying under the radar in scouting circles as many are drawn more to Ekblad, Reinhart and even Bennett. However, Dal Colle's abilities on the ice and his drive will make some teams regret not picking him.

The thought of him playing next to fellow General Alumni John Tavares and Kyle Okposo already has Islander fans frothing at the mouth.

Fantasy Impact:Likely looking at a top two round talent in his prime.